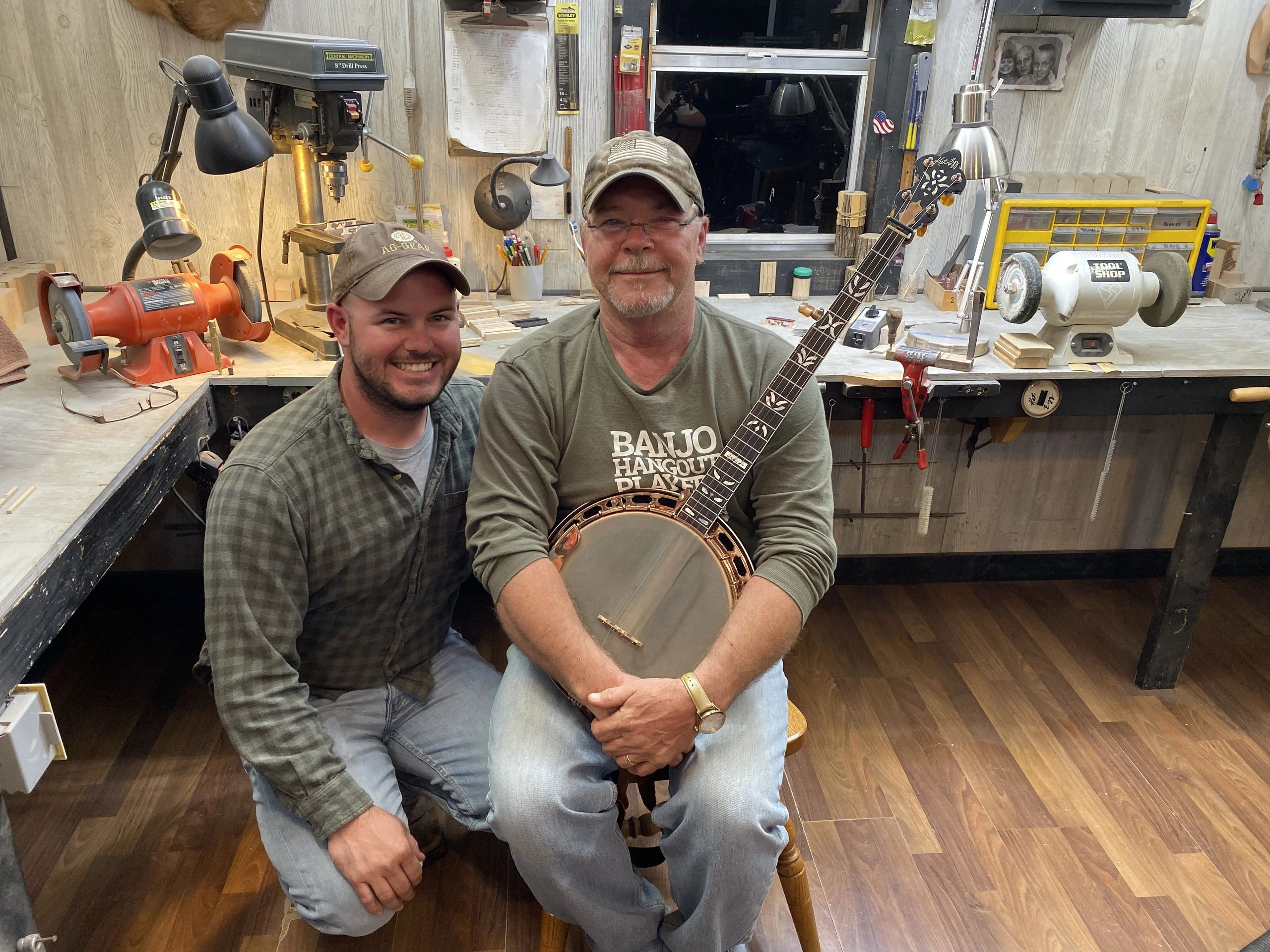 About Kat Eyz and Mike Smith

Mike Smith started playing 5-string banjo almost 40 years ago. He won the Illinois State Banjo Competition in 1994 and again in 2006, playing a tune he wrote called Cody Blues (which was written for his son Cody). Since 2007 Mike has enjoyed serving as a judge at the Illinois Banjo and Fiddle Contests. He has played with The River Ramblers Bluegrass Band since 1987.

Mike has been building banjo bridges since 1990. In 2006 he added a line of banjo and guitar capos to the Kat Eyz product family, which he discontinued in 2013 due to his acquisition of, and demand for Snuffy Smith banjo bridges.

Mike is regular contributor on the Banjo Hangout – the first and still largest online community for all things banjo – where members from hobbyists to seasoned professionals give Mike and his Kat Eyz products consistent kudos.

Well, it's because of the unique shape of the cut-outs of the Kat Eyz banjo bridges. They kind of look like cat eyes. But a) "Cat Eyes" is booooring as a name, and b) if you Google for "Cat Eyes" you get everything from eye makeup to clip art. Google for "Kat Eyz" and you get Mike's stuff! And BTW, if you are Googling, it's "Kat Eyz" (2 words), not "KatEyz"